…better to be lucky than good.

I had several large Whitetail bucks and Sika stags on camera at this stand location. The weather was not ideal- 80* and a South East wind- BUT it was opening day of early muzzleloader in Maryland and I didn’t take off work to sit inside. So I went to my stand in the morning and saw ZERO deer, which is very odd as I usually see 20+ deer per sit.

Discouraged a bit, I went back in a little later than normal that afternoon. By 5:45 I texted a buddy who was hunting up the street, that I hadn’t seen any deer. I had just noticed the wind swirling in the wrong direction and I figured I was probably done for the evening. You can imagine my surprise when at 5:55pm, I looked up and saw this giant standing in a thicket at 30 yards, looking my direction…

As he put his head down to walk in, I raised my firearm… but he stopped when I was only halfway to my cheek! After what seemed to be an eternity (probably 10 seconds in realtime), he relaxed and continued to walk in further. He finally gave me a slightly quartering-to shot at 17 yards with my trusted CVA Accura. He lumbered roughly 40 yards before splashing in a watery ditch like a kid screaming “Cannon Ball” as he explodes into a swimming pool.

Seventeen (17) scorable points and by far my biggest deer to-date. Looking forward to the official scoring when he returns from the taxidermist.

I realized after-the-fact that I had trail camera photos of him but didn’t realize how big he was.

I feel very lucky, considering the weather AND wind were against me. Sometimes it’s better to be lucky than good. Author- C. Shields

C. Shields is an active member of the Bleeding Camo Field Editor Staff . Shields enjoys the Eastern Shore of Maryland for his Outdoor Adventures and is particularly fond of chasing ducks in the swamps, also commonly known to have large populations of Sika and Whitetails.

Be sure to look for more from Shields and other Field Editors here at www.BleedingCamo.com …when you’re born with the Outdoors in your Blood!

It all starts with the first one…
Happy Halloween!! 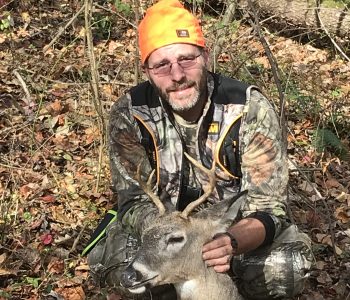 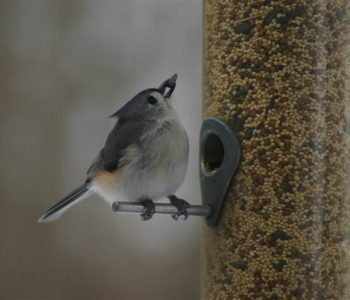 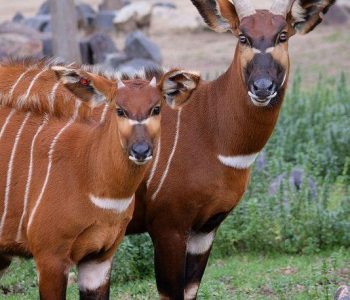 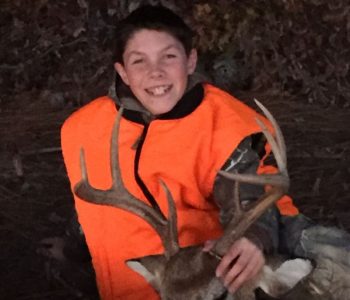 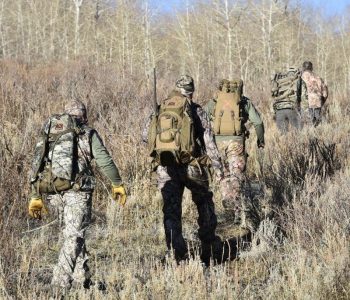